Abebe Bikila of Ethiopia, running barefoot, about to win the 1960 Rome Olympic marathon in the record time of 2 hours 15 minutes 16 seconds.

People have been running since the beginning of time, and in 1908, people participated in the first marathon (with a distance of 26.2 miles) at the London Olympics. Since then, the racing industry has evolved. Around 1969 was the first run for a charity; their focus was to raise funds to fight against hunger in North Dakota. Our communities have come a long way since then, and there are races for charities all across the nation.

In 2012, our Founder and Board President, Salem Stanley, started Vacation Races. His vision was to create a half marathon (13.1 miles) series that inspired people to explore the beauty of America’s greatest treasures, the Nationals Parks! Early on, as the company began to grow, he realized that Vacation Races has a moral obligation to create positive impacts in the communities where the races are being held. In 2015, Vacation Races began raising money through the Charity Bib program to give more than just commerce back to these communities.

This grew organically, and in 2018, Wander Project was created to serve as a nonprofit leader in the racing industry. Our goal is to engage other endurance racing events and racers to support local communities through inspiring fundraising and service. With grassroots fundraising efforts through peer-to-peer fundraising, we have raised over $600,000 since our inception.

We look forward to expanding our race event partners, the number of athletes who participate in the Charity Bib program, as well as the impact we have with community organizations around the globe in 2020 and beyond! 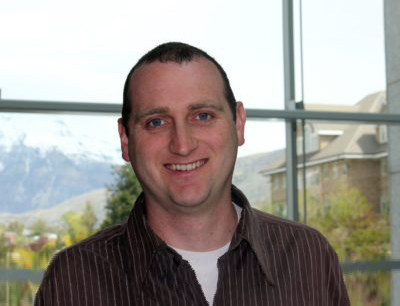 Salem is a believer in real corporate responsibility, and that not every worthy pursuit should have a profit motive. Wander Project was born out of his desire for his company to be an asset to the communities in which it operates.

Salem has a bleeding heart and will try to help anytime someone asks. He loves supporting outdoor preservation, responsible entrepreneurship, and providing better opportunities for those born into less ideal financial situations. 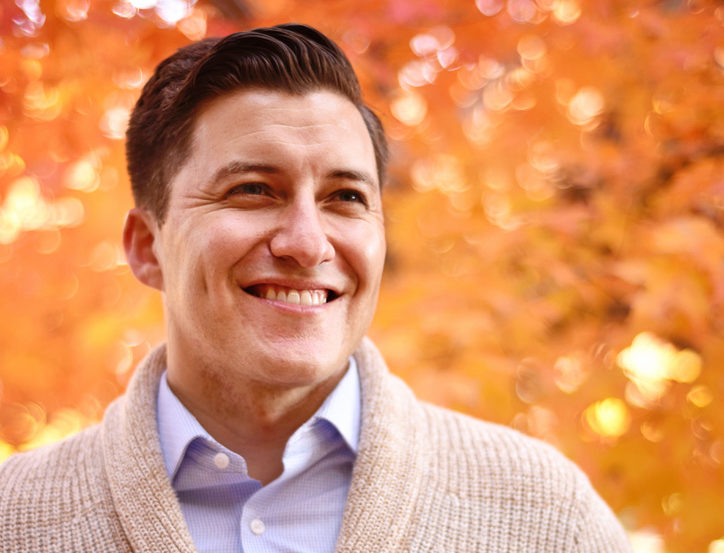 Rusten is the proud father of three children with his best friend and wife Karen. When he is not outside enjoying running, traveling, playing soccer and swimming, he is working at Family Search. He is a Strategy Leader there responsible for creating and executing the future vision for the Family History Library and the 5,000 Family Search Centers across the globe. Rusten is always discovering new ways to add value to his family, community, and the world around him. He looks forward to bringing his leadership, expertise and passion for creating a better world to the Wander Project Board of Directors. 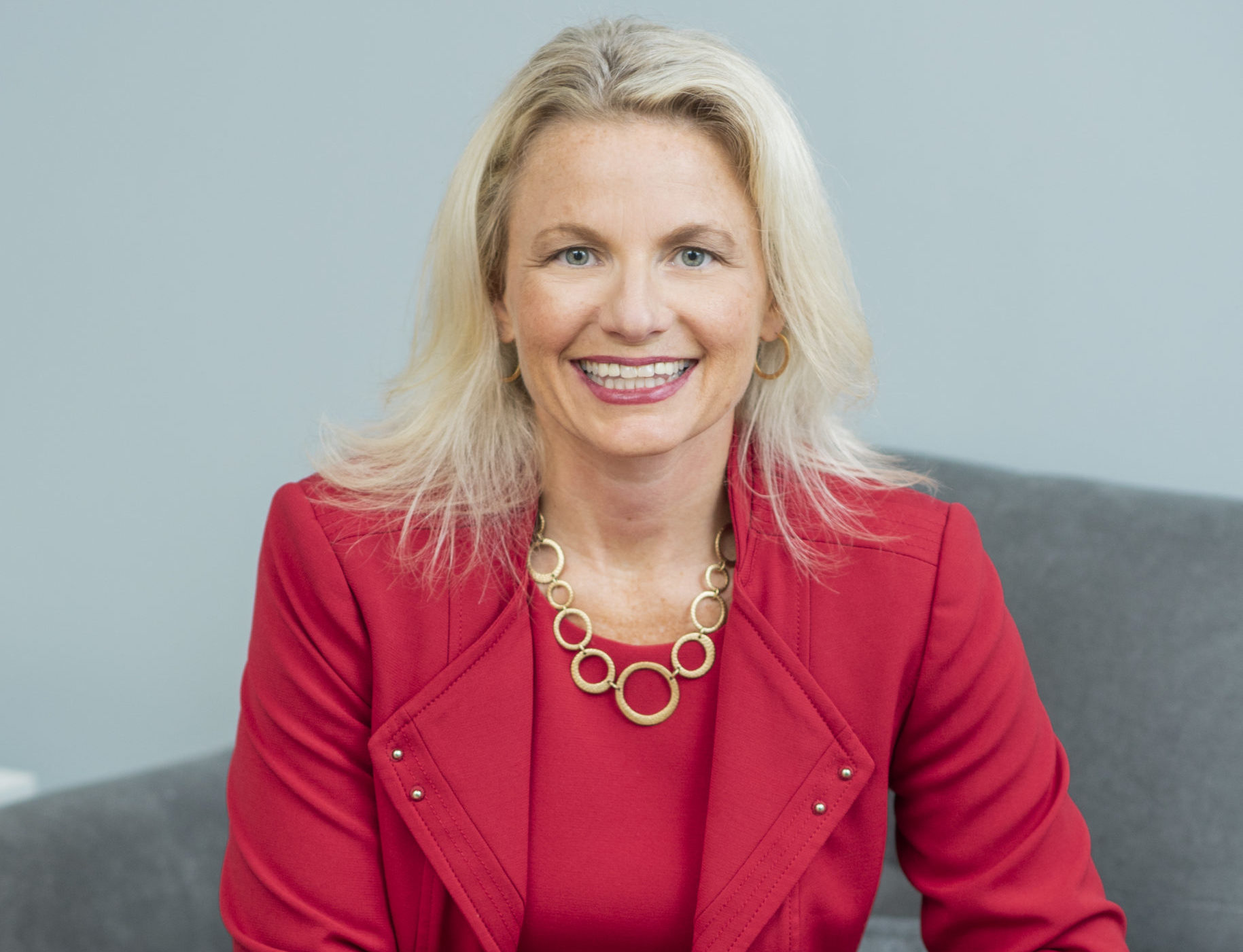 Kristine Holferty is the Vice President of Marketing for DonorSearch, the leading provider of prospect research solutions for nonprofits. Mrs. Holferty leads the company’s strategic marketing efforts and brand strategy.

Mrs. Holferty is a Board Member of the National Academy of Sports Medicine (NASM), Athletics and Fitness Association of America (AFAA), and Premier Global in the United Kingdom Certification Governing Board.

Mrs. Holferty has traveled worldwide, visited more than 15 national parks; an avid endurance athlete competing in the global adventure race series, and enjoys spending time on the lake or hiking in the mountains with her husband and two sons.

Mrs. Holferty is passionate about public lands and helping youth reach their full potential. She’s volunteered with Scouting for over ten years, a reading mentor with Lead to Read KC, a certified coach with Coaching for Everyone. 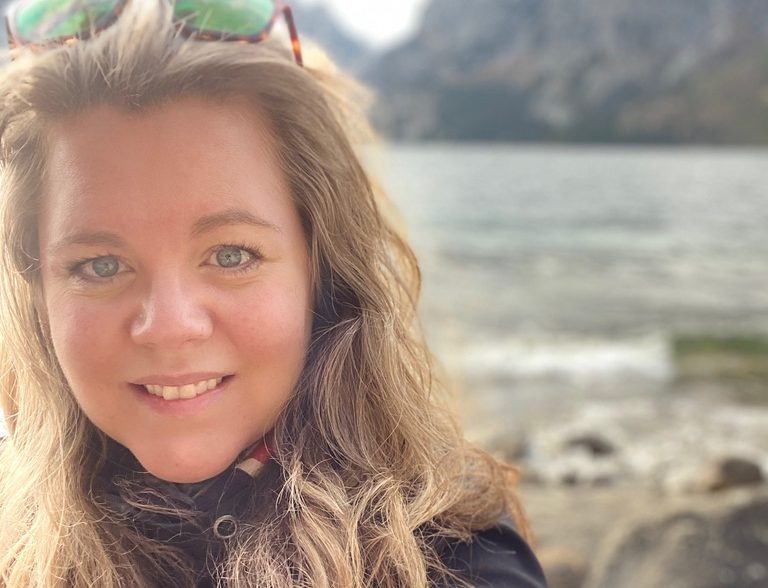 Jocelyn has worked in the nonprofit sector for more than 16 years, primarily in the public lands realm. Jocelyn began her nonprofit career working  for Grand Teton National Park Foundation (GTNPF). Her current position is Director of Development for Public Lands Alliance.

When not at work, you can find Jocelyn enjoying the outdoors with her husband and 2 sons rafting, camping, skiing, fishing and hiking.

Jocelyn is passionate about public lands and is inspired by the mission of Wander Project and the power of philanthropy to help support important projects and programs that make a meaningful impact. 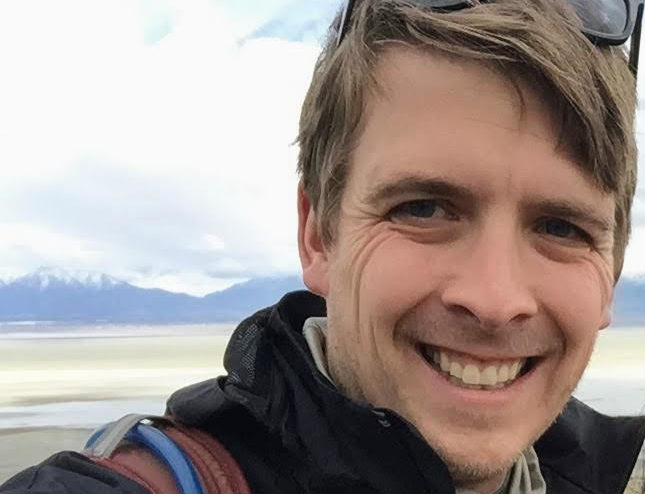 Josh is passionate about the outdoors and the preservation of public spaces; he is eager to use this passion and drive to support the goals of Wander Project. He currently is working as a Senior Project Manager within the supply chain of a major aerospace corporation collaborating with key partners to support critical business objectives. He shares his love of nature with his wife, Sarah, and 4 children. They often can be found on weekends exploring the trails and parks of the Carolinas, as well as taking extended trips to explore the rest of the country. Josh and Sarah enjoy running and have passed that on to their two oldest children who recently ran in their first trail run and first 5k. He is excited to help expand the reach of Wander Project and continue the success and impact of their mission. 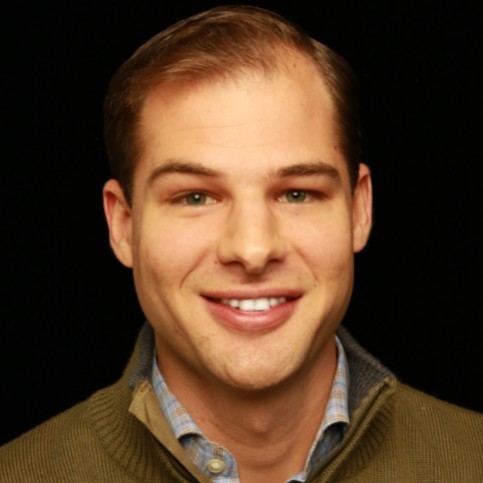 James is thrilled to apply his business acumen and passion for environmental activism to help Wander Project sustainably scale up operations and grow its global impact.

James finds repose in nature – distance running, backpacking, SCUBA diving, and resting by a campfire under the stars. Having called Seattle home for five years, James discovered a passion for summiting mountains and exploring catwalks.  He enjoys exercising in the early mornings and is always looking for a running buddy. 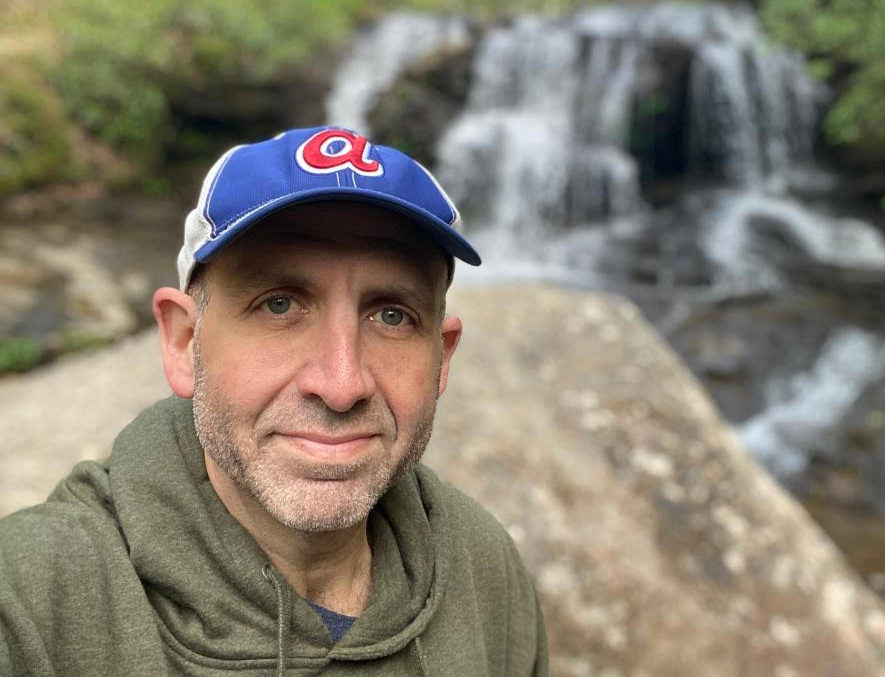 Lawrence is an attorney with over 20 years’ experience in private legal practice who looks forward to bringing his knowledge and experience to the Wander Project Board.  He is the Deputy General Counsel for Rubicon Technologies, LLC, a technology company in the trash and recycling space, as well as an industry leader in the emerging SmartCities field.

Lawrence grew up in the suburbs of New York City, and has lived in suburban Atlanta with his wife for the past 25 years.  He has two wonderful children currently attending the University of Georgia (Go Dawgs…)  Despite spending the first 45 years of his life pretty much avoiding running and the outdoors, Lawrence has spent the past 5 years making up for that time, becoming an avid road and trail runner and lover of the hiking and camping.  He has completed 2 full marathons and numerous half marathons.

When not working or running, Lawrence can usually be found out on the golf course, traveling, reading, or looking for his next concert to attend.  He is also a lover of all things Disney-related, Braves baseball, Jets football, and is a commissioned Kentucky Colonel! 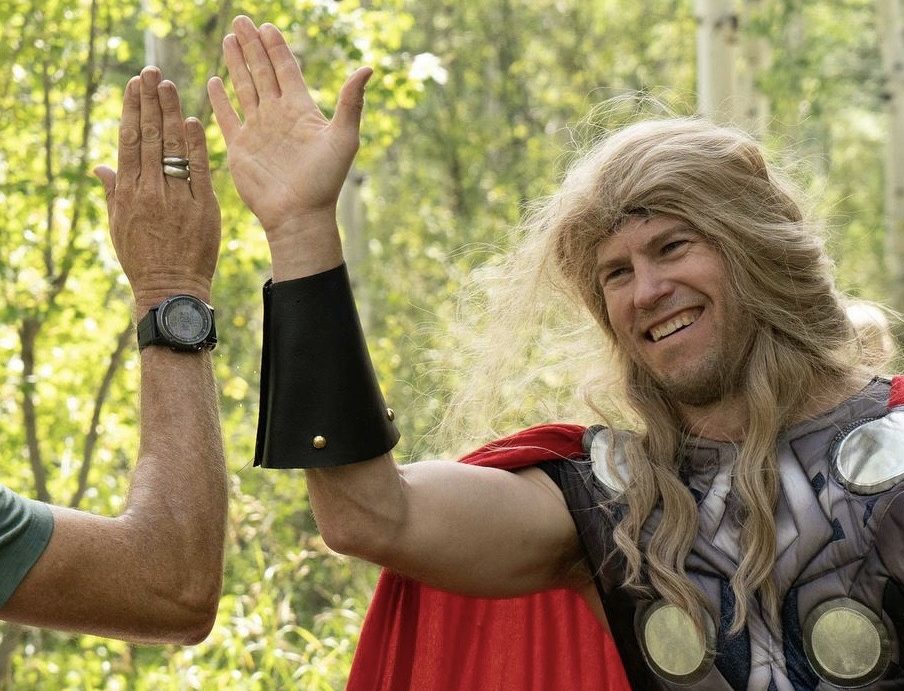 Steve has been organizing events for over a decade. After helping build the Ragnar Relay road series to a national scale, he started the Ragnar Trail series which has introduced more people to the beauty of trail running than any other group in the Western Hemisphere. He is proud of what he helped build at Ragnar, especially a strong focus on environmental sustainability. Since leaving Ragnar, Steve freelances for numerous events and feels lucky that “work” revolves around adventuring with friends and exploring beautiful places...and from time to time, dressing up in costumes. He is honored to help the Wander Project achieve its goals.

Lindsey works with small business owners throughout the Colorado, Utah and Kansas markets as a Portfolio Manager with the SBA division of NBH Bank. In this role, Lindsey works with small business and commercial bankers to identify, grow, and underwrite loan opportunities within these communities and ensures the overall success of her assigned portfolios. Prior to transitioning to the SBA division, she developed her banking experience and skills as an underwriter focusing on C&I, commercial real estate, and private banking loans. However, she has not always been in banking. As a small business owner herself, she developed a passion and deep understanding for the challenges small business owners and nonprofits face on a day-to-day basis.

In 2019, Lindsey went out for a trail run with a friend and fell in love with the sport. By partnering with Wander Project, she intends to utilize her professional experience in order to give back to this sport that she loves and to racing communities throughout the country. When she isn't working or volunteering, you can find her in the mountains under the stars. 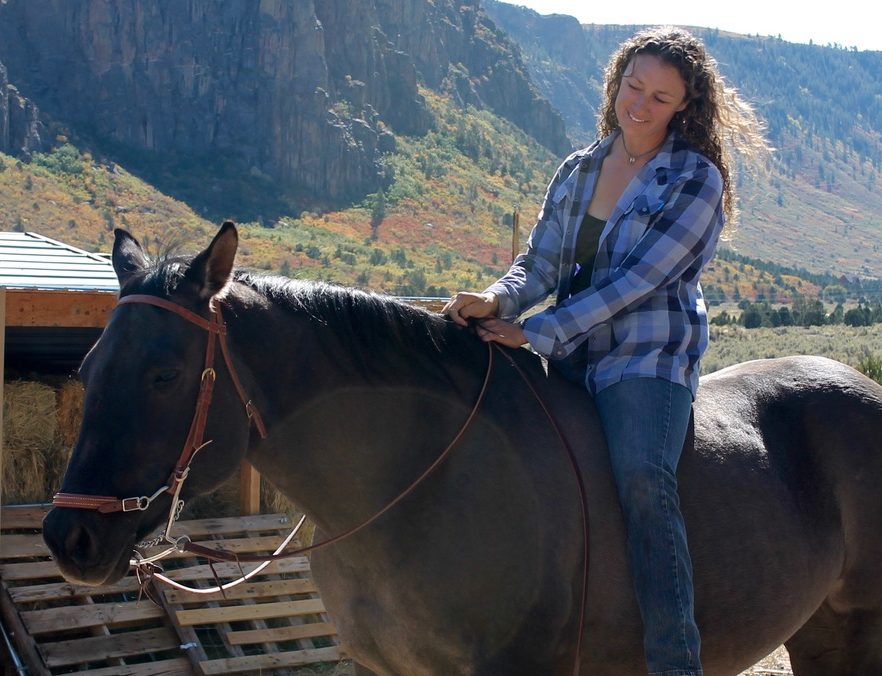 Amy has worked in the nonprofit sector for the past 13 years. While her work has primarily been focused within the youth and education realm, she, like most people in the nonprofit sector, has worn almost every hat imaginable, including co-founder for an organization in 2014. Amy has also had the honor of presenting at TEDx Vail in 2016, sharing what she believes is the key to helping youth reach their full potential. Stepping into the role of Executive Director for another start-up organization, Amy is passionate about service to others and is extremely excited to help support the amazing mission of Wander Project. 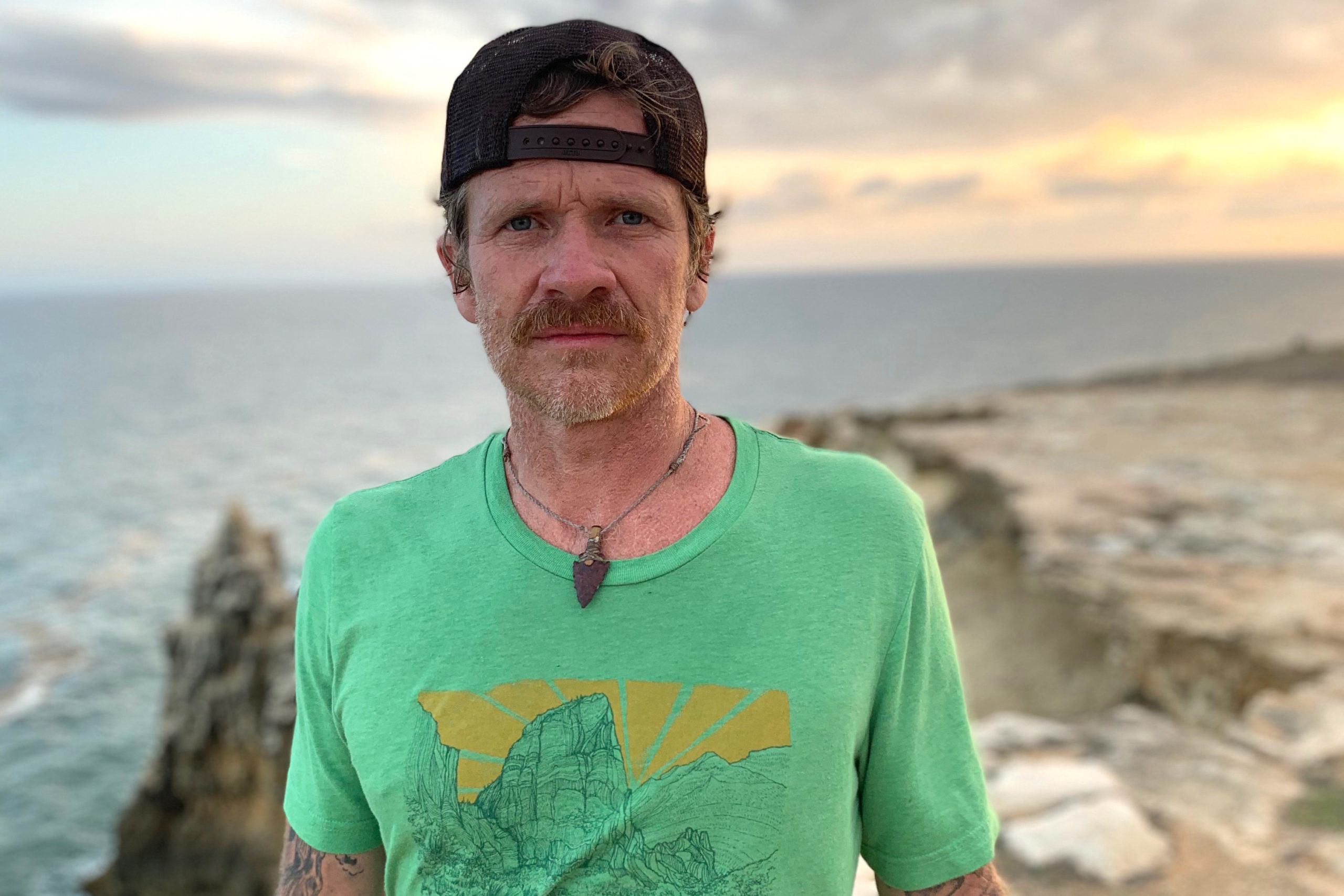 We're currently looking to expand the Wander Project Board of Directors. If you're interested in joining us please email our BOD President Salem

Wander Project is a U.S. tax-exempt 501(c)(3) nonprofit organization. We are committed to engaging with athletes and racing events to support local communities by inspiring fundraising and service. All donations are tax deductible to the furthest extent of the law.  Tax ID 83-1778644

The following documents are available to the public upon a written request to our Executive Director at amy@wanderproject.org: 1023, 990, governing documents, conflict of interest policy and financial statements